Who would want Judge Shaw dead?
The better question would be “who wouldn’t?”

The dead body of Judge Shaw is found in a freshly dug grave that obviously wasn’t meant for him. Off late he had sent quite a few people to jail, with harsh sentences for petty crimes. That meant there were a handful of people around the town who wanted him dead.

The whole town knew about the very public squabble he had with his son over the will. The judge seemed to be getting along very well with his son in law. But, was there more to it than what met the eye? And what about his daughter who wanted the house, and was worried about her Dad changing his will.

Follow Salem Montgomery as she follows the clues and unearths the truth in the town of Wolverine Harbor.

This is book 2 in Wolverine Harbor Novella

A filmmaker down on his luck.

A desert town full of secrets.

After a decade of failure in Hollywood, Benny Hernandez has run out of money and options. No matter how bad the times have gotten he can’t imagine ever going home again.

The small, desert town where Benny grew-up holds nothing but nightmares that he still hasn’t entirely awoken from.

Late one night, his old, high school girlfriend, Diana Armijo, calls begging for help. She believes the cult they escaped years ago has resurfaced in the mountain village nearby.

Can Benny face the demons of his past to tell the story of a lifetime?

If you like stories about ancient mysteries and desert towns plagued by evil than you will love Andrew Boylan’s tale of psychological terror. 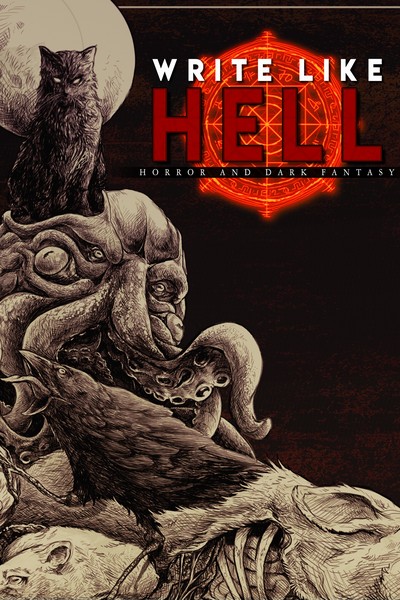 The things that go bump in the night. A collection of fine horror and dark fantasy stories.

Write Like Hell is the first horror and dark fantasy anthology released by Sentinel Creatives. Adapted from the zine released under the same name, Write Like Hell features stories from Scott Miller, Justin Probyn and Mitchell Luthi. Between these pages, you’ll find a feast of fiction for you to sink your teeth into. This release see the debuts of not one but two writers. Scott Miller’s Panopticon is as unsettling as it is well-crafted. Pessimistic horror at its finest, this is a must read for fans of Connolly and Ligotti. Justin Probyn’s debut, Void Born, blends gritty sci-fi, gore and cosmic-horror into one seamless festival of the obscene. Write Like Hell includes: Dregmere – Mitchell Luthi Panopticon – Scott Miller Void Born – Justin Probyn

A twisted young man has dreams, one is to be straight. People suffer. His grandfather would not accept anything which goes against his Far Right beliefs. His second wish means baby girls must be killed. It is raining in Thailand, a monsoon hits land and upsets his plans. Deep in a cave, kidnapped baby girls wait. Parts of these children will be used to further evil. Kev and Skylab are expecting their first child, a girl. They are drawn into a chase to stop the horror and to save the child inside.
A god-fearing backpacker, Debbie, is swayed by the handsome monster to assist him in deadly acts. Her parents fly from the UK to find out what has happened to her. They need Kev and Skylab to help. Little did they know all the crimes were linked. Is the strange Burmese girl holding the key to unravelling the mystery?