When hysterical customers claim their shopping has been stolen by a ghost, the shopping mall manager calls the only paranormal investigation agency in the book.

Meet Amanda Harper Paranormal P.I. But its Amanda’s first day and nothing in life have prepared her for the bedlam that will follow. What is the truth behind the mysterious missing shopping bags? Does she have any idea what she is doing? And why, oh why, did she invite sassy BFF Patience Woods to help out. Solving this is going to be tough, but if the ghost case wasn’t confusing enough, she’s got a bit of a crush on her new boss and a date in Paris with a Billionaire gentleman that seems too good to be true. Get ready for snark-fuelled fun as Amanda Harper goes ghostbusting! 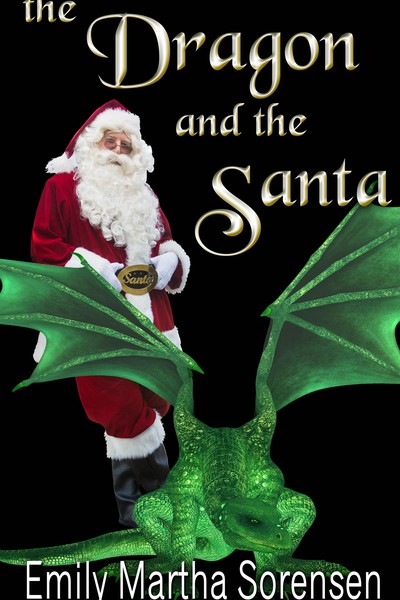 “The Dragon and the Santa”
by Emily Martha Sorensen
Irri went through a portal
and met this strange, red-and-white human creature. Humour ensues!
After trying to eat Rudolph, a dragon ends up pulling Santa’s sleigh.

“The Butcher”
by Nathan Burrows
She thought it was pork. She was wrong.
A deliciously dark British comedy.
Get the Book!
Available in MOBI and ePub
She thought it was pork. She was wrong. The first time hapless food inspector, Emily Underwood, meets butcher Frank Pinch, he’s not got much at all in his display counters. But what he does have is a rather unusual plan to restock his shelves. The next time they bump into each other, he’s won an award for his sausages but is running out of meat. Can Frank keep up production of his unusually tasty sausages? Will Emily discover the source of Frank’s award-winning meat? And what will happen the next time she tries to inspect his butcher’s shop? Perfect for fans of Nick Spalding, Tom Sharpe and Leslie Thomas, this deliciously British dark comedy will change the way you look at sausages forever… 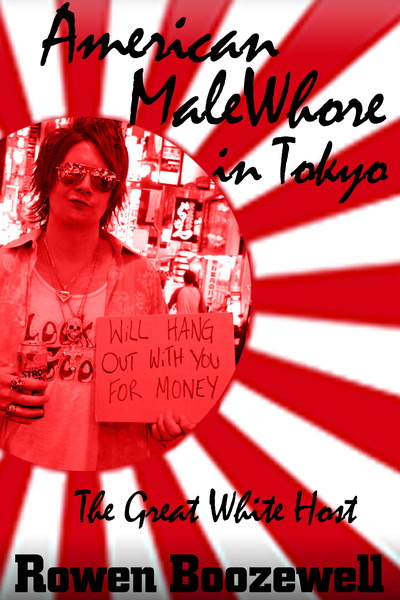 “American MaleWhore in Tokyo”
by John Box
A red-blooded American horndog. A sleazy Japanese host club. His new job comes with fantastic benefits.
If you like low-brow humour and fun-loving, narcissistic characters, then you’ll love this raunchy comedy.
Available in PDF, MOBI, and ePub

Being a male geisha is hard work… but it’s got great benefits. John Box can’t believe he’s being paid to drink. Fed up with his ho-hum teaching gig, he takes his shallow, fun-loving self to Japan’s red-light district… and lands a job at a host club. Getting paid to drink beer, flirt, and entertain women every night feels an awful lot like his American dream. As he sinks deeper into the explicit, ribald world, John takes to the streets to find paying customers. His never-ending party inside and outside the club gives him a graduate degree in male-female encounters. Wildlife like John’s could never get old, could it? No, seriously… could it? American MaleWhore in Tokyo is a raunchy comedy suitable for ages 18+. If you like low-brow humour, obnoxious reality shows gone bad, and fun-loving, narcissistic characters, then you’ll love Rowen Boozewell’s rip-roaringly funny tale. Get American MaleWhore in Tokyo and step into a Japanese red-light comedy today!

“Worry No More”
by Colin Devonshire
Thai twins, if they get joined, are they Siamese twins?
A novel set in Thailand.
Get the Book!
Available in PDF, MOBI, and ePub
This is the sequel to the popular ‘Not Far Enough From Worries’. Kev and Skylab pit their wits against Camilla, the beautiful but ruthless lesbian. This dark novel starts in Hua Hin a sleepy seaside town in Thailand. “Not much ever happens there.” Don’t you believe it! A thriving gambling hub, wives kill husbands to raise a stake for the next turn of a card. Never owe the debt-collector or his mother. You may be set alight! Kev and Skylab are now the guardians of a very talented child, amongst other skills, he can tell if you are lying, making Kev very nervous, fortunately, the only person Nick will talk to is Camilla’s daughter, Philippa. That ability is useful if you want a casino. Characters to avoid on a dark night are Mik and Mak, Thai twins, yes, real Siamese Twins. You’ll have to think about that comment. Their ‘friend’ Randy has some mental issues. He ends up missing part of his body! The action moves to Bangkok for a fast, hard-hitting surprise. Horror when you don’t expect it! This is book two in the ‘No Worries’ series. Book 3 ‘Children With No Worries’, to be published 2019. Published by Dark-Novels.com
Don’t take life, or death, too seriously! 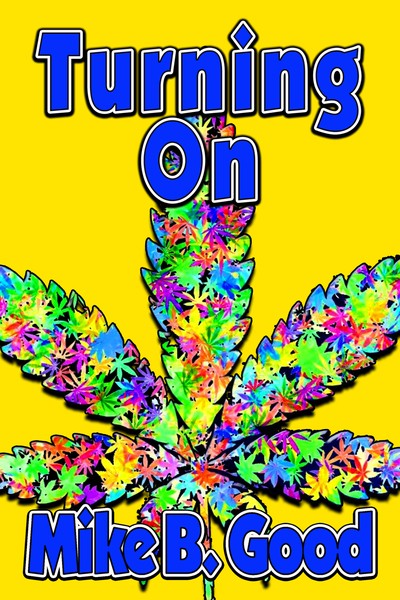 “Turning On”
by Mike B. Good
A madman in the White House… .and an unlikely hero in charge of saving the world.
An irreverent political and social satire.
Available in PDF, MOBI, and ePub

A madman in the White House. . . A war in Vietnam. . . And on campus, the only marijuana was seeded, Mexican. Someone had to do something. Why did it have to be Mike Good? No hero, he’d have been happy to graduate without getting killed marching for Peace. But when he learns of Uncle Dick’s (AKA: President Nixon) diabolical plot to destroy Communism while getting rich quick, Mike is forced to take action. If not, it won’t be just the commies who disappear. In Turning On, the hilarious prequel to the Señor Bueno Travel Adventure series, Mike, avid surfer/mild-mannered revolutionary/wannabe rock star, turns on, tunes in, and plots against the government. Not to mention, runs afoul of professors, guidance counsellors, theatre critics, music critics, frat rats, porn directors, picky women, the Black Student Union, the National Guard, Governor Reagan, the CIA, and of course, President Nixon. Can an underdog armed only with a quick wit, a sarcastic tongue, and no common sense, find time for fun while saving the world? Not if the authorities have anything to say about it. If you like sex, drugs, and rock ‘n’ roll, irreverent humour, and laughing out loud, you’ll love Turning On. Get it now! 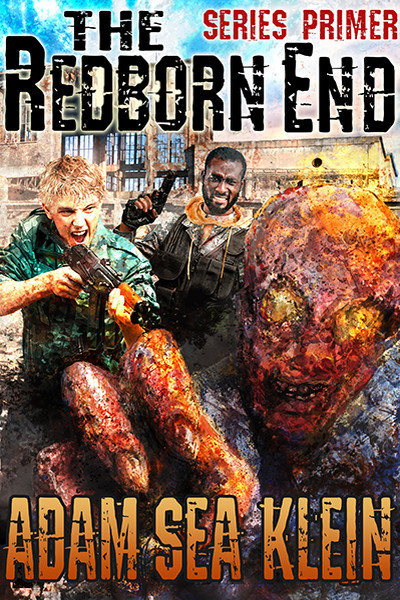 “Redborn End”
by Adam Sea Klein
Hard times have slammed the world
Gritty with a touch of lightness
Get the Book!
Available in MOBI and ePub

Hard times have slammed the world and the first six months left only true survivors. The Redborn Raiders plague the world, a fast and furious type of infected zombie. Join John Jackson as he converts a sheltered family into a survival squad – see crazed travellers twist together with steadfast friendships – watch an eerie neighbourhood of abandoned kids coping with primal tragedy. When clashing crews meet up, they will face a reckoning. Teams will form, gangs will clash, supplies and buildings will be battled over. Nothing can stop the spread of raiders, yet some will live to fight another day. This series primer has a full story arc with a nice fast pace, a roster of great characters, and a vibe between Dawn of the Dead and The Walking Dead – shocking grit with a touch of lightness.

2 thoughts on “May Madness”