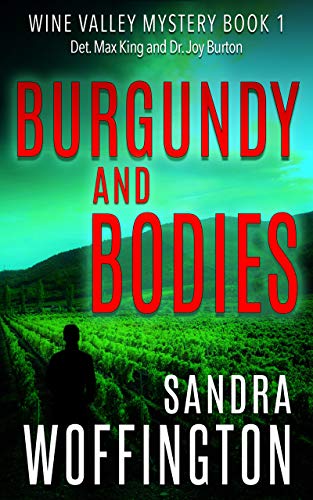 Wake the dead and their eyes fix on you.

If the Addams family’s daughter Wednesday grew up to become a forensic psychologist, she would be Dr Joy Burton—and Det. Max King’s complete opposite.

In this thrilling page-turner, a beautiful blond is found dead by a creek after a poker game. Max and Joy dig through the secret lives of the suspects, including the Chief of Police.

And the cunning murderer sets eyes on them.

But other eyes follow too. Max and Joy further dissect their bizarre shared lives before being adopted by two different fathers.  Their quest is personal—and deadly.

Award-winning author of middle-grade fantasy and historical romance has set her sights on murder. See more titles and release dates at sandrawoffington.com.