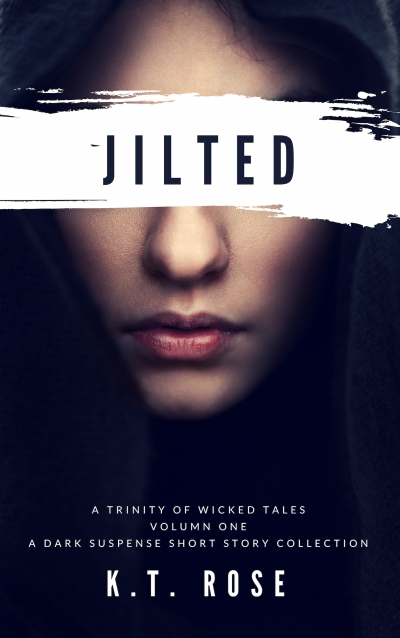 When suspicion meets desperation, the inner demons of desperate souls are ignited. Trev, Natalie, and Phil embark on violent journeys filled with rage, deception, and horrifying acts that can either make them or destroy their ‘perfect’ worlds. Do they have what it takes to piece things back together or will their worlds continue to spiral out of control? 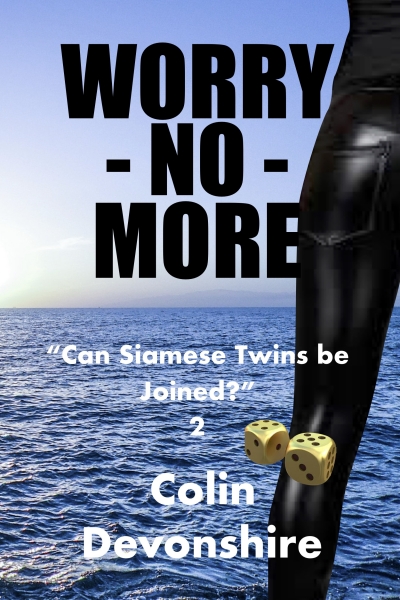 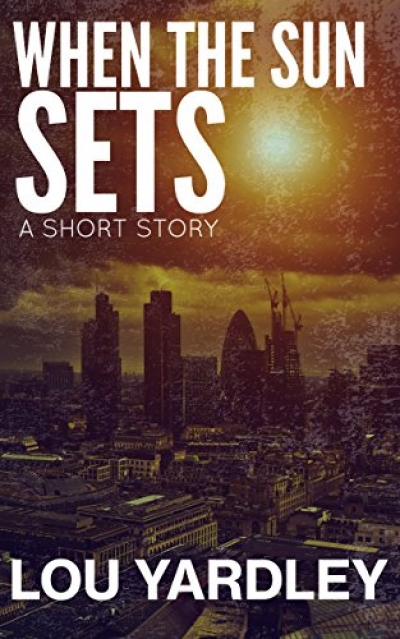 What would you do if the sun set… Forever?

Lexi finds herself a prisoner in her own home after the sun sets and refuses to rise again. At first, it was an inconvenience; now it’s downright dangerous. In the four weeks since the darkness descended, humanity has all but given up. Violent crime has become part of everyday life and everyone is a potential killer. No-one can be trusted.

But, that’s not all Lexi has to worry about. The darkness has brought something with it. 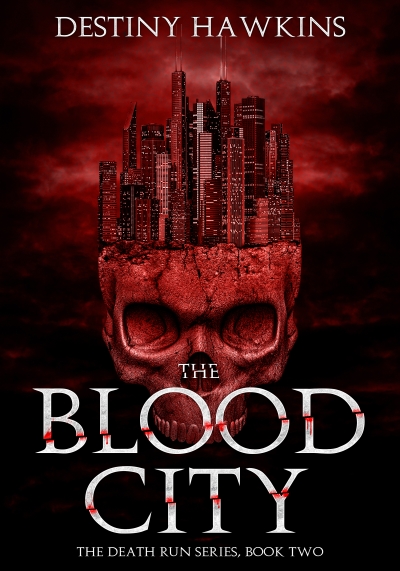 A city in flames…

That’s what it looked like from where I was sitting.

From the rooftop, I could hear a man screaming in agony from somewhere below. Through all the ruckus, I wasn’t exactly sure where he was, but I knew that he would be dead soon. No one screamed like their flesh was being torn apart for this long and lived. At least that’s how things went in Forge, and I didn’t think this place was any different. 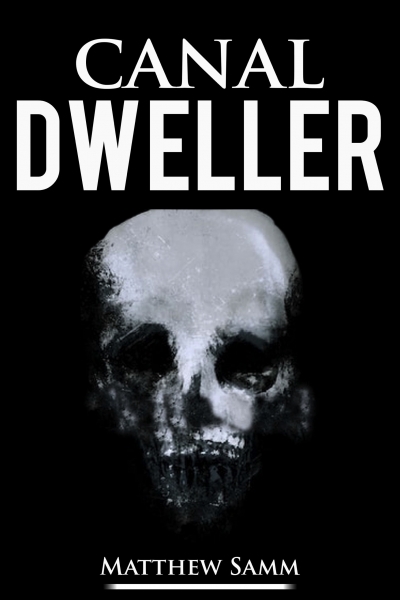 ‘His eyes met mine. We stared at each other. They were screaming as well. They begged for help. They begged for another day on earth, a day he would never get.’
David has a disease. He was born with it and when he tried to tell his parents about it, they shunned him. In desperate search of peace, he sits by Manchester’s black artery; the canal. He’s done this many times.
But when he sees a man viciously murdered, David becomes entwined in a secret that’s been killing for years. In the midst of terror, David begins to find himself. Will he survive? And what will be the cost?

WARNING: In reality, a significant number of people being killed are homosexual. This book deals with some homosexual themes. 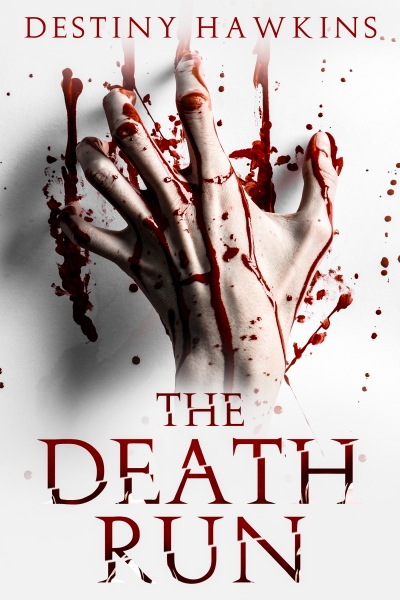 The day has finally come that a drawing is made for the next contestants to compete in the death run. They have all trained hard for this day, but only one will leave with their life. This race is meant for the strong, and only the strong will survive. Either way, at the end of the race, all contestants will be free whether it is in death or through the Forge Facility’s open doors. 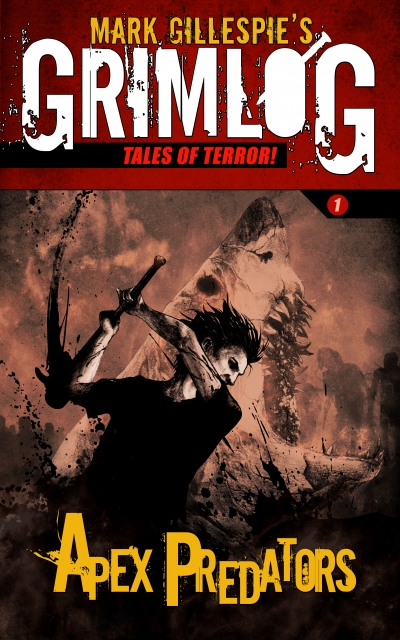 What if the zombie apocalypse took place in shark-infested waters?

The zombie apocalypse is coming to New Smyrna Beach, Florida – the shark attack capital of the world.

Are there any heroes left to fight off the monsters?

As a kid, Bill Bridges dreamed of being the hero. But then life got in the way. Now with the end of the world in sight, Bill’s armed with a baseball bat and a desire to redeem himself. Is this his last chance to shine? To be the man he should have been?

All the best killers are coming to town today. But believe it or not, there’s something even worse than zombies and sharks lurking around New Smyrna Beach.

Death is coming to Florida. Will anyone get out alive?

Apex Predators is the first short story in the GrimLog Tales of Terror series. 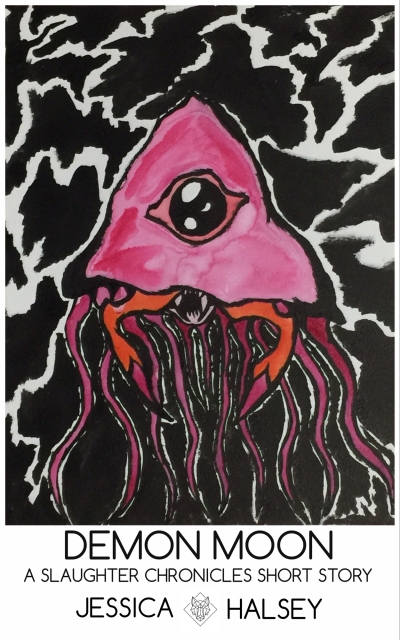 The year is 2003 and Caleb Grimmet, high school senior
and football superstar, is going to make all his dreams
come true. Or so he thinks. All he has to do is catch and
tame a demon.

When Caleb and his friends gather together to open up
the abyss, they learn a painful lesson: dreams don’t
always manifest the way you want them to.

And the abyss, once looked into, does more than look
back out at you.

This book contains strong language and descriptions of
gore. 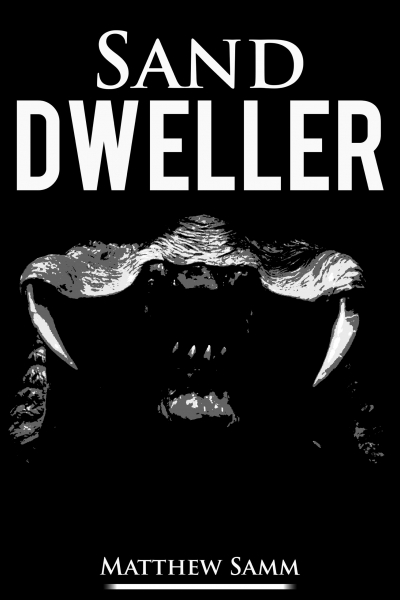 ‘The woman inside the box was bucking and banging at the lid doing her best to get out. It was all in vain. She’d never see daylight again.’

With a sister to protect and his own demons to fight, Leon MUST ESCAPE. They BOTH must escape.

Will they make it to FREEDOM? Or will Leon end up in the clutches of a primordial beast, begging for his life.

A short horror novella, Matthew Samm’s ‘Sand Dweller’, will leave you with a chill down your spine and a smile on your face! 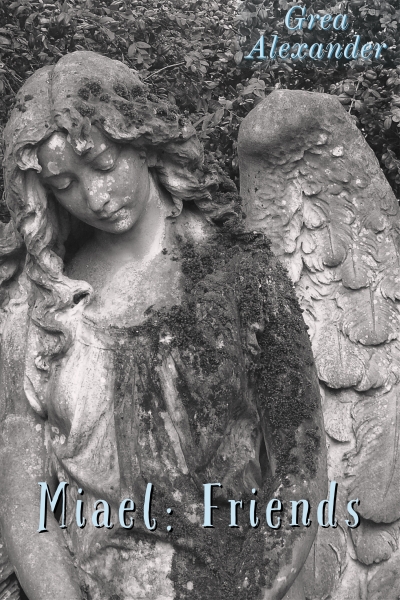 Despite having everything her heart could possibly desire, Jessica can’t quite seem to shake the Phoenix Miael’s influence, the Seraph Zahzarene’s pull or the insatiable desire to kill.

When the man she and M framed for murder makes one final, desperate appeal, things start to go awry. Her entire world unraveling, Jessica is left with no choice but to face the past. 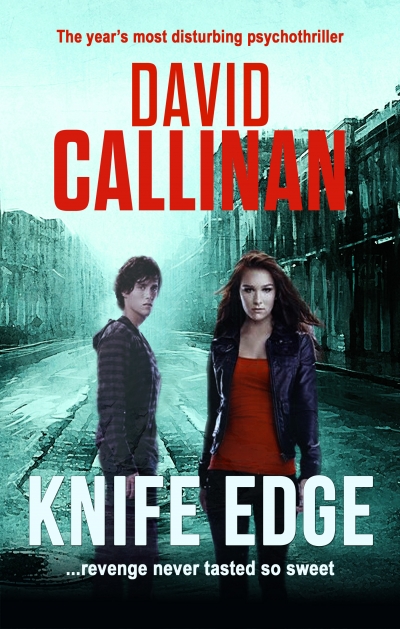 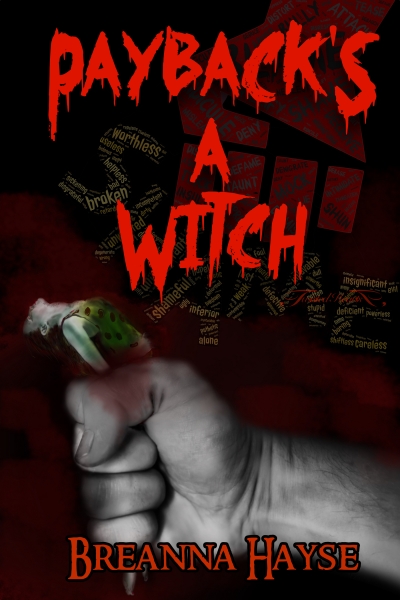 Hell hath no fury as a woman scorned– but when that woman is a witch, hell is nothing but a tropical vacation.
I’ve been summoned to pronounce sentence on the men who have conned, lied, deceived, stolen or abused my worldly sisters. The time of laughing in the face of justice is over for, at least, one such man. His sins have been exposed and when he attempts to place me on his list of victims, he discovers that he made a fatal error.
An eternity of suffering is nothing compared to the fate I have in mind for him as he realizes there’s no escape from the truth. The question remains: how high a price should be paid to heal the pain he caused?
https://claims.prolificworks.com/gg/nfvGMrLqZJpmBQWILDKV