This is a huge giveaway, so happy readers I can’t show all the covers. We all know the old saying, ‘You can’t judge a book by its cover.’ Well, I’m going against the rules –  the books picked are chosen purely because I like the cover!

Click the link, it will show all the FREE books. Then make your choice(s).

There are over 115 titles to choose from, please let me know which one you liked best, colin@dark-novels.com. 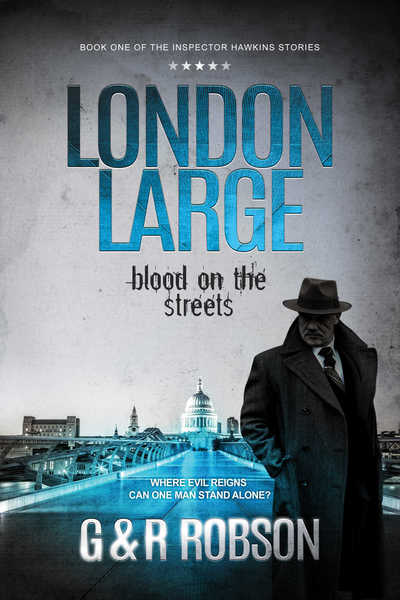 ‘The decisions Harry made within the next few seconds would stay with him for the rest of his life – or result in his immediate death. And he knew it.’ When a gang war threatens to rip the metropolis apart, ‘London’s top copper’ finds himself under siege. Held accountable for the unstoppable wave of chaos that is turning the streets of his city red with blood, hounded by a media he cannot understand and continually thwarted by an establishment cover-up, H is in trouble. As the chaos in London reaches boiling point, can he bring the streets under control? 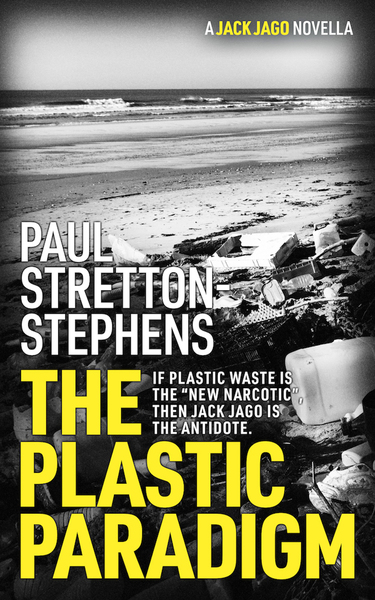 Ex-special forces, ex-military police Jack Jago is a man of justice. He may work for the government but for Jago being a deniable private entity has the benefit of not having to adhere to any rules, in fact, his ‘No Rules’ engagement allows him to go where others dare not. Where the stakes are at their highest, Jack Jago is the man called upon to provide a rapid solution.

Violence in the Blood documents Thompson’s rise to power from the backstreets of Glasgow to the industrial heartland of the Midlands.

Malkie Thompson’s got ambition and he won’t let anything stand in his way in his bid to rise to the top. He’s outgrown 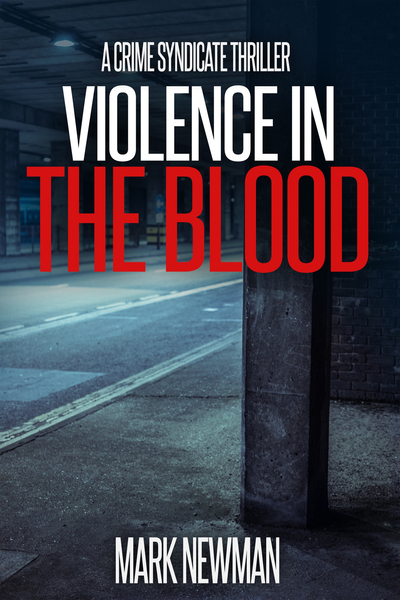 Glasgow and his boss, McAlister. It’s time to step out from the shadow of his mentor and establish his own Firm.

Join the rampage as Malkie and his crew blaze a trail of mayhem and destruction north and south of the border and witness the birth of the crime syndicate. 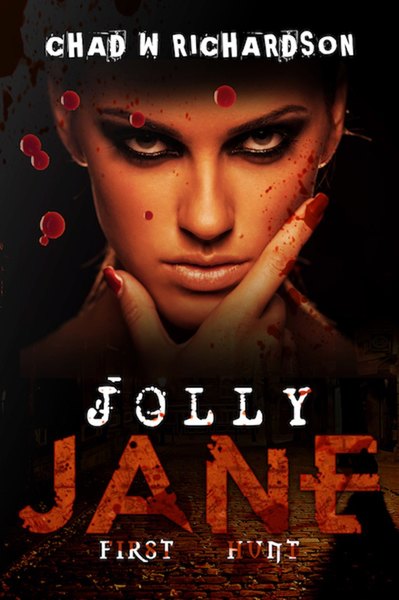 Jane is a serial killer with a penchant for games. She inserts herself into the lives of the corrupt filth of society and they unwittingly become players in her psychopathic game of life or death. Greely is a former streetwise and hard-charging detective demoted to shuffling records by a ruthless Lieutenant who believes he is above the law. All three, believe they can’t be stopped. Little do they know, a tragic incident that occurred years ago, not only shaped their tortured lives but will inevitably bring them crashing together again… for an unforgettable showdown of the ages. Chad W Richardson, the 25-year veteran and former Metro Detroit SWAT officer, criminal detective and an undercover cop brings his first crime novel, raw and uncensored. If you want to go deep into the minds of the cop and killer, then this is as good as it gets. He knows… he lived it.

A drug lord fathers his lesbian niece’s child, but not in the usual way! Set in Thailand, the late 1980s. Action, fun, romance, and tears. Breathtaking violence and tender moments add to a fast-paced read. Two young and gullible Englishmen move to Hua Hin to start a new life in the tropical heat. Along the way, they meet a dodgy Dutch ship’s engineer, two lovely French girls who are more interested in dogs than romance. A tall Welsh man with a chequered history of drug abuse, but with a unique skill of mixing things to make other things. This talent gets the attention of seriously evil people. A lesbian newspaper reporter rides a powerful motorbike has an important family secret. The whole story unfolds in an action-packed finale. 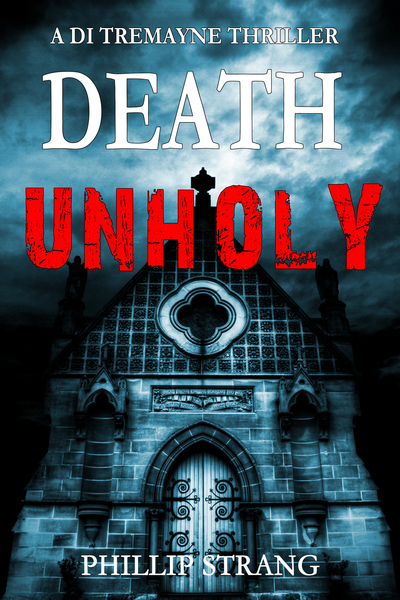 An abandoned church in a village set in time – the ideal setting for murder. Detective Inspector Tremayne and his sergeant, Clare Yarwood, are hard pushed to solve the crime and to stay alive.

‘Not me. I’ve read about it. Who hasn’t?’ Sergeant Clare Yarwood answered.

‘I haven’t,’ Tremayne replied which did not surprise his young sergeant. In the months they had been together, she realized that he was a man who had little interest in the world. A cigarette in his mouth, a beer in his hand and a murder to solve were about the happiest she ever saw him, and even then, he could hardly be regarded as one of life’s most sociable. And as for reading? The occasional police report, an early morning newspaper, the back pages for the racing results. 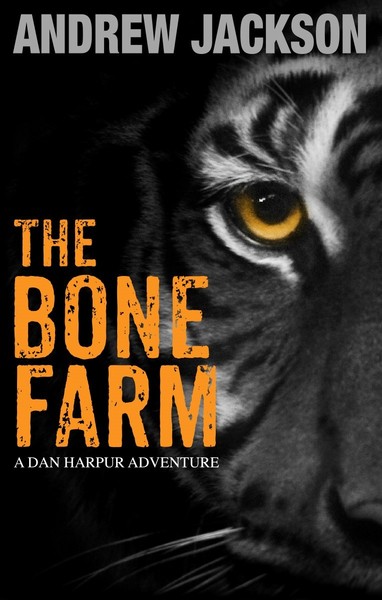 A man on the edge. A woman on a mission. A species on the edge of extinction.

Organized criminals are smuggling tiger bone out of China to feed an insatiable black market. They will stop at nothing to dominate a growing trade where profit margins dwarf those of narcotics, with little penalty. They have only one problem–they can’t get enough of it.

Following the murder of his friend, a former soldier Daniel Harpur is on the warpath. A small bag of white powder and a Chinese gangster with a dragon tattoo are his only leads. He has vowed revenge, but first, he must overcome his own personal demons.

The Wildlife Investigation Agency, charged with protecting endangered animals and their habitats, are on the trail of an infamous poacher who is decimating the wild tiger population. But red tape and bureaucracy thwart their every move.

Both Harpur and the WIA want justice. Just in different ways…..

An action-packed and gripping novel highlighting the lucrative illegal trade in wildlife and the plight of tigers – one of the world’s most iconic and beautiful creatures.

When you get a friend in trouble… You’re responsible to get him out. Whatever the cost! 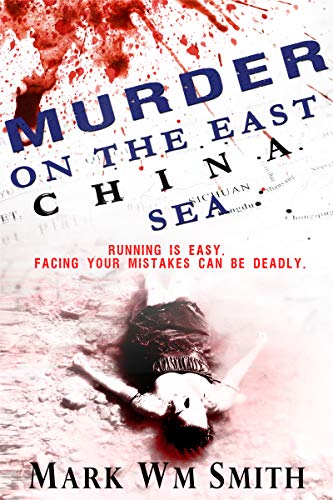 Air Force crew chief Connor Pierce wants to help his lonely assistant get comfortable around women. But when the stripper he lets loose on his romantically challenged friend is brutally murdered at a strip club outside Kadena Air Base in Okinawa, Japan, Connor must solve this 1990s mystery to keep him out of prison.
Newly minted Staff Sergeant Pierce is no amateur sleuth. He’s just a regular guy trying to straighten his crooked path and ease his wife’s suspicions. Now, to keep his friend out of Leavenworth, Connor must assume the role of detective while dodging Air Force Security Police, local law enforcement and the unruly Okinawan Yakuza. Worst of all, his ex-lover’s husband is lead agent on the case for the Air Force Office of Special Investigations and is hell-bent on tying Connor to the crime.
Hounded at every turn, Connor must overcome his own disreputable character if he hopes to discover the real killer and save his friend.
Can he outsmart the Special Investigator who wants to make him an accessory to murder? Will he survive the vengeance of the Okinawan Yakuza? Or has he become of victim of his own folly — a half-baked plan to help his friend “Eugene Garboski get comfortable around women?”
A thriller mystery full of sexual betrayal, loyalty and redemption.

This is a huge giveaway, over 115 books – all first in series. Sorry to authors who were not featured here, hopefully, readers will catch up in BookFunnel

Any comments please drop me a line, colin@dark-novels.com

2 thoughts on “First In Series”